Samiole (pedigree) is the daughter of Rromynet and Mila, born from their first litter in February 2001.

When Bouboule was a young kitten, she would look like a set of two fluffy hairballs, one for the body and one for the head.
Hence her nickname "Bouboule" (boule is ball in French), which sticked.
She was registered as a lilac silver somali, by consistency with her mom's colour, with a doubt that she be fawn silver.
And indeed, now that the genetic DNA test exists, we know that she is a fawn silver (SOM ps) like Mila. 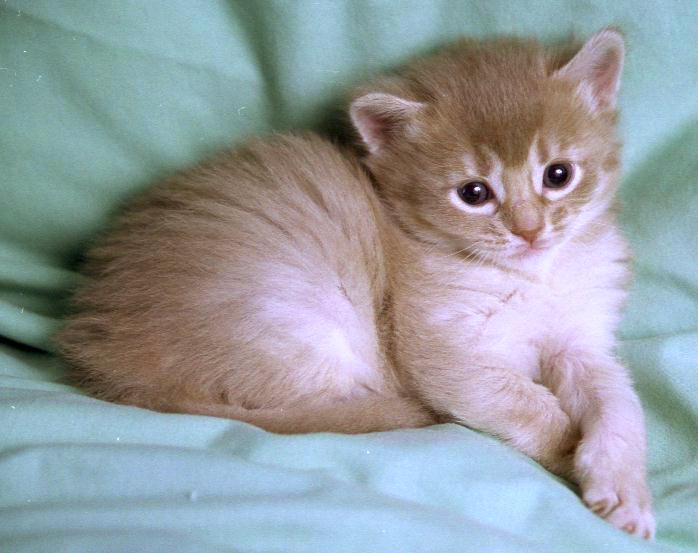 Everything in her is soft (coat colour, silhouette, head shape, and, most important, character).

She loves to cuddle on shoulders, even on the shoulders of some visitors whom she never saw before.

But she doesn't like the other cats to bother her, espescially when this other cat is called Ti-mate.
She does not agress them, but she sets herself back and sulks,
waiting for all other cats to finish eating to come and eat,
showing us her unhappiness by peeing outside the litterbox if another female cat used it before her.

But she tends to develop from time to time eosinophilic granulomas (also called rodent ulcers),
the origin of which is not clearly known.
The way it appears is under the form of elongated crusts about 1 cm long behind her elbows or inside her thighs,
which respond well to treatment with a local corticoïd ointment.
The onset of these granulomas does not seem correlated with her food
(we tried hypoallergenic food over several months),
but much more with her level of stress induced by the other cats.

Among the 10 kittens she had, to date only one female shows symptoms which could be of a similar nature.
Still, we decided to have her neutered.

She had a wonderful coat with a splendid ruff.

Following a urinary infection difficult to get rid of in spring 2009,
Bouboule (not very much a "ball" any more) had a treatment which caused
first vestibular ataxia, then strong renal deficiency.
Though thin, she kept extraordinaray high spirits during the 3 months which followed,
which we tried to make as nice as possible for her. 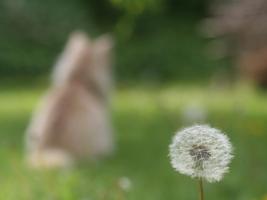 The autopsy and following analysis revealed no amyloïd,
but serious chronic inflammatory nephritis of both kidneys, one of them being atrophic as a result,
and the other bearing a large calcium oxalate calculus in the other one.