We were looking for a chocolate somali, and we found (or thought we found...) a silver lilac aby variant (ABY var cs) !
I'm talking about Mila (pedigree), born in the Netherlands in January 2000, in the home of John and Carla Peters.
And we do not regret our choice, since Mila, though not being a "top show" cat,
has a wonderful expression and a remarkable social intelligence (with the other cats as well as with humans),
and seems to always feel at ease in all situations.

She does have a flaw: if she ever finds a plastic bag, she can't help munching it !

Well, in fact, as far as the chocolate gene is concerned, we were told (and thought) that Mila was lilac silver.
But as soon as the genetic test for the B locus became available, we had her tested (Biofocus lab, May 2006)...
and she is a FAWN silver !... no chocolate gene...

She arrived in our home at the same time as Rromynet, and they soon became friends.

No, Mila does not have a mane ! She only borrowed Rromynet's tail to use as a fur collar...

She is now neutered, because she had a C-section for her last litter in december 2003
(a kitten got stuck between the two uterus horns instead of taking the normal way out...)
and, noticing that her uterus was fairly distended, we decided not to let her risk another pregnancy. 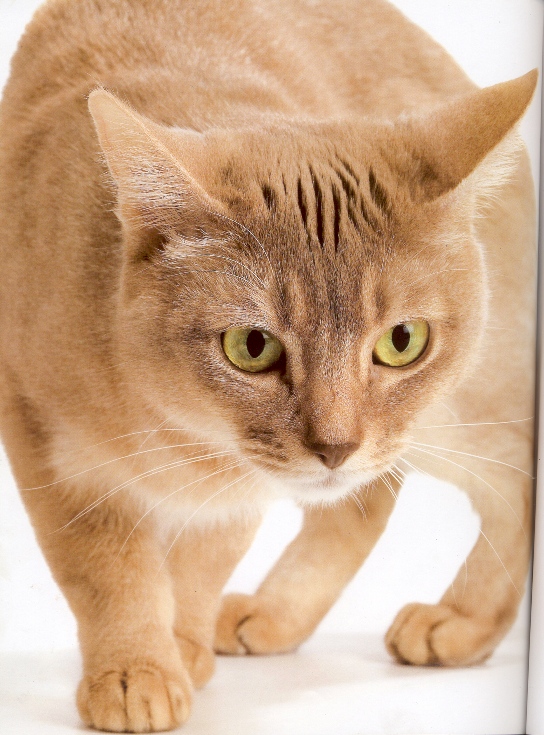 During the next years, Mila remained a discreet but always present companion.
Loved by all, she was the moderator of the household and showed a level of empathy few cats (or even humans ?) have.
She went to sleep forever on Monday December 20, 2010.
Sleep tight in the arms of an angel, my tiny little Mila ! From there, you still show us the way...

The analysis of her kidneys revealed the presence of amyloïd deposits.