Our first litter was born on February 5th, 1999, out of Nougatine sired by Nichrome des Fauve et Or (pedigree), a fawn silver somali.

Pyrite went to live in Maastricht (the Netherlands), with Annelies van Wamel and Ian Francis, who since have moved to live in Lincoln (United Kingdom).
You may visit her page on their site, as well as see her daughter After Eight (a name I love !!!), also a chocolate silver somali.

Kisses from mom Nougatine to Pyrite

Prawlin now lives in Paris, within our family.

Here she is when she was 2 months old: 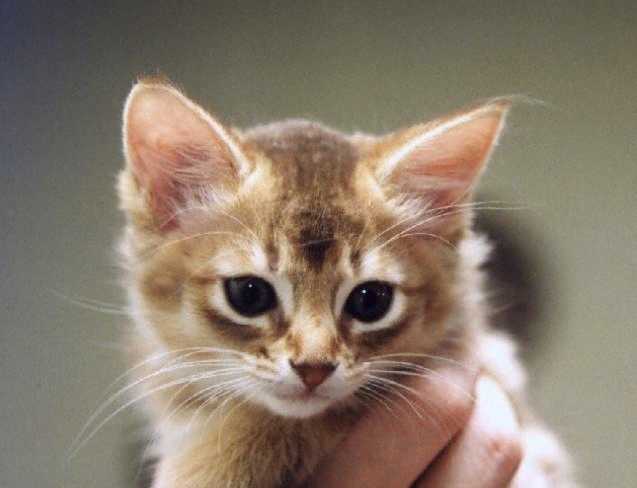 then one year old:

She was featured in the central poster of "30 millions d'amis" (a monthly publication on animals) in July 2003.
Her wild look must have impressed the editors ! (picture by Eric Planchard)